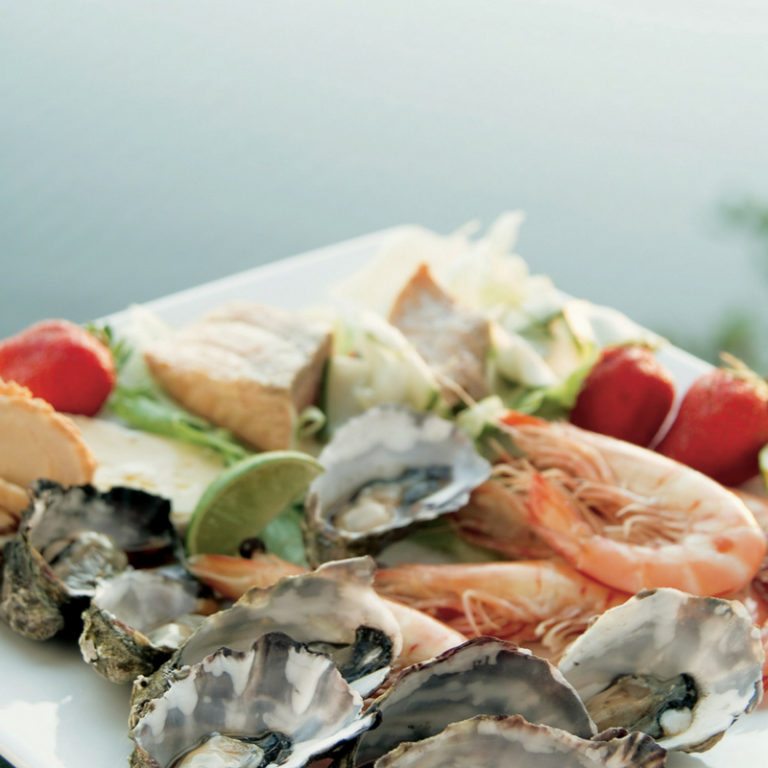 When it comes to fresh produce, Queensland is spoilt not only for choice, but also exceptional quality. With the Lockyer Valley in the South Eastern part of the state (known as South East Queensland’s Salad Bowl), the sub-tropical waters along the entire coast, the Atherton Tablelands in the far north, and many other fertile areas in between, Queensland produces some of the country’s best ingredients.

However, it isn’t just the quality of ingredients that Queensland, and specifically Brisbane are now being recognised for, it is also the food culture, the cafes, restaurants and local talent that is making the state a foodie hot spot.

These five iconic ingredients are things we believe you must try when you’re in Brisbane. And, with good food must come a good drink, so we’ve also included 3 quality beverages that Queensland is also doing really, REALLY well!

Did you know that bananas are Australia’s number-one selling supermarket product? Which is great news for our local farmers because all fresh bananas available in Australia are grown in Australia.  What can we say? We go bananas for our bananas!

They are Australia’s single biggest horticulture industry and the largest horticulture industry in Queensland. About 95% of this production comes from North Queensland in the Tully, Innisfail and Kennedy regions south of Cairns, on the Atherton Tablelands to the west of Cairns, north of Cairns near Mossman and further north at Lakeland Downs and Hopevale near Cooktown. Other production areas are in South East Queensland, northern New South Wales, Western Australia and the Northern Territory.

Most bananas grown in Australia are the Cavendish variety, and although they are delicious on their own, we recommend trying them in a locally made banana bread. There are many places to get your hands on this sweet delight, but one place you might want to try is Alcove Cafe. If you’re after a fruity treat, their house-made banana bread is pretty darn good. Have it served hot with butter or add some honey ricotta for an extra kick.

Queensland is renowned for its Moreton Bay Prawns and Bugs, as well as its Barramundi. This mouth-watering seafood is in high-demand both locally and from afar, which makes prawn farming the largest aquaculture sector in Queensland, followed second by barramundi production. And, did you know that barramundi can be grown in the sea and freshwater? Cool fact, eh?

We all know that seafood tastes best fresh, so what better place to enjoy it than just down the road from where it was caught?

When dining on the Gold Coast, to Brisbane, to the Sunshine Coast and further north, you will be spoilt for choice of quality seafood. There are so many places and dishes that you could try that it really is hard to pick just one. But, if you’re in Brisbane, make sure you check out The Fish Factory Morningside. Treat yourself to some fish and chips and enjoy them by the water.

Although peanuts aren’t native to Australia, peanuts are a key agricultural industry in Queensland, which produces more than 95% of the national output.

So, we practically introduced the world to the deliciousness of peanut butter and produce a lot of peanuts here in Queensland, so obviously we know how to make some pretty tasty dishes with the ingredient too. Makes sense right?

With ever changing menus and new places popping up all the time it is pretty hard to pinpoint just one peanut dish you’ve got to try, but we reckon the Peanut Butter Cheesecake from Chester Street Bakery is definitely worth a try!

Although we can’t claim the humble peanut as our own, we can take pride in calling macadamias our very own home-grown ingredient. In fact, Australia’s Aboriginal people have been eating the native macadamia nuts for thousands of years.

The first commercial orchard was planted at Rous Hill, near Lismore, however, nut cracking machinery was not imported until the 1940s, so the industry took a while to really take off down under.

For a macadamia treat, get on down to the Noosa Chocolate factory and get yourself some chocolate coated macadamias.

In comparison to leading ginger producing nations, Australia is a relatively small producer. Australia’s contribution represents less than 1% of global production. Ginger production in Australia is predominantly located throughout Queensland in the Sunshine Coast and Wide Bay–Burnett regions.

From a small farming community in the pre World War 1 days, to one of the world’s finest ginger producers, food processors and tourist destinations, Buderim Ginger is a long-standing and proudly successful Australian business. Buderim Ginger has also earned global recognition for producing the World’s Finest Ginger and we highly recommend trying their ginger beer – It’s AMAZING!

When it comes to cheese, Queenslanders are spoilt for choice. From creamy marinated feta to delicious buffalo varieties, choosing a delicious Queensland cheese is made easy with several dedicated cheesemakers producing top quality products in a diversity of styles.

In Queensland, according to Subtropical Dairy and the Queensland Dairyfarmers’ Organisation, there are about 175,000 milking cows, which is also why Queensland makes many cheeses.

Whilst many cafes and restaurants will use locally produced cheese, we think one of the best ways to enjoy it is on a platter with some friends and yummy wine or beer. Check out Sourced Grocer‘s variety of local cheeses to create your local platter.

It isn’t widely available or well-known, but did you know that Australia, and specifically Queensland has its own coffee growing region? The Australian subtropical coffee is grown in an area stretching between Noosa in the north and Coffs Harbour in the south (okay, so it’s also in NSW). and produces coffee of superb quality and flavour.

One of the advantages of growing coffee in the subtropics is the long slow ripening period. The cooler climate and distance from the equator gives our coffee a distinctive character increasingly recognised for its complex flavour profile, medium to low acidity and natural sweetness.

But, before you get too excited, it is a very small and niche industry and is hard to come by on a commercial level. However, don’t despair, Brisbane has an ever-growing coffee scene and dedicated local roasters who are raising the profile of Queensland’s cafe scene with delicious coffee.

Brisbane now has a number of exceptional coffee roasters, and one we think you should definitely check out is Fonzie Abbott.

Not many people think Queensland and immediately think of wine (okay, very few), and that’s because Queensland’s wine industry is one of the State’s best keep secrets!

However, Queensland’s wine industry dates back to the 1860′s – and like all good wines it has developed with age. It’s easy to lose count of the number of passionate vignerons and their families who warmly welcome visitors to experience the fruits of their labours. Within a couple of key Queensland grape growing regions, there are a number of award winning wines.

It is always great to taste the wines and chat to the winemakers at the cellar door, which you can do with companies like Tash Maree Travel.

If you don’t want to travel out of the city, you can try some local wines (amongst other local beverages) at Fitz + Potts.

A few years ago if you asked someone about Queensland beer, they probably would have only been able to tell you about the infamous XXXX Gold. But just because it is the state’s best known beer (well used to be), it doesn’t mean it is the best tasting beer.

There are more than 10 microbreweries in the greater city region, and we’d highly recommend a pub crawl to them all. However, if you don’t have the time, head to Saccharomyces Beer Cafe for a sampling of many local beers.

So now you’ve got your list so it’s time to get out there and get eating!