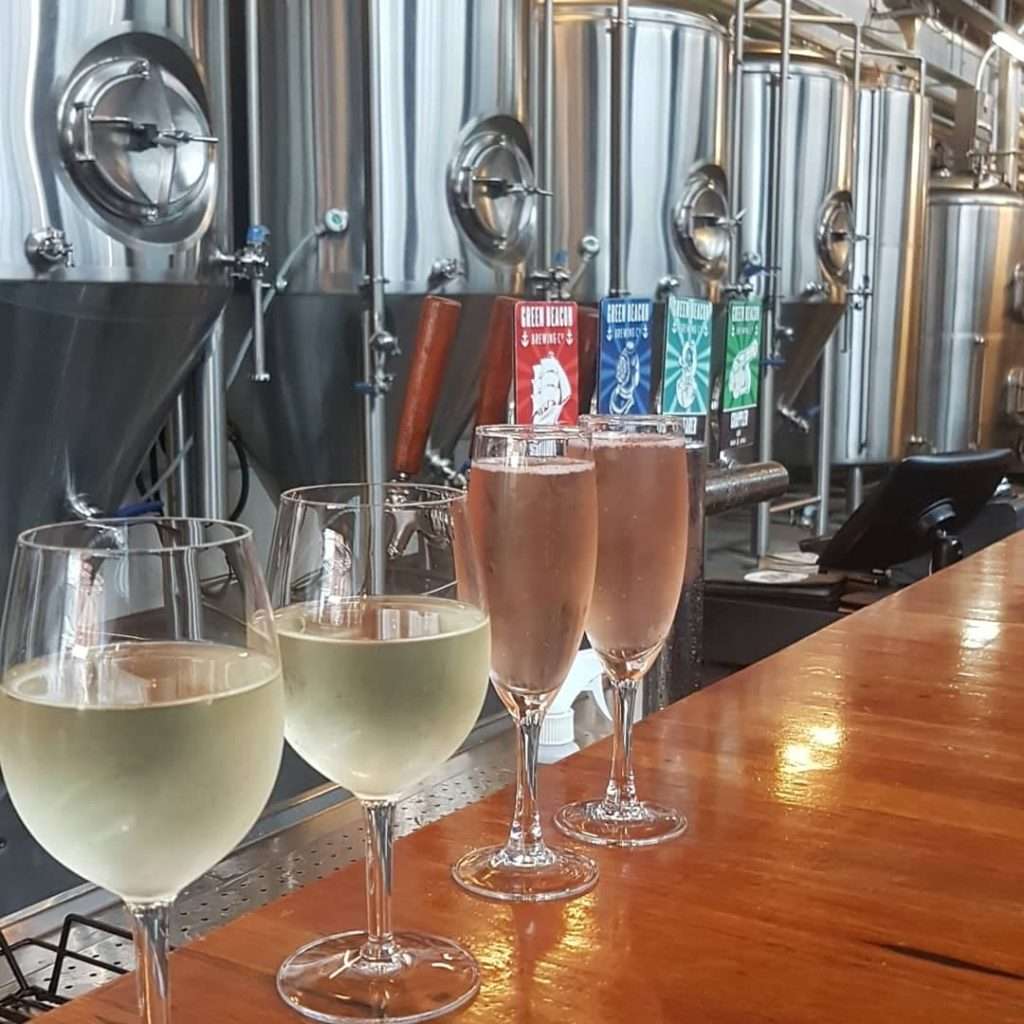 Queensland’s wine industry is one of the State’s best-kept secrets. The industry has grown significantly over the years and the quality of Queensland wines is beginning to be recognised as among the best in Australia. Today, there is a lot of award-winning Queensland wine, which we love being able to introduce our guests to.

Whilst we are a food based company, creating foodie experiences also includes exceptional wines and other delicious beverages, which makes great local wine a pivotal part of our job. Something, we are more than obliging to do of course!

Queensland’s wine regions lie between Mount Ommaney on Brisbane’s outskirts through to Ipswich, Toowoomba and Roma in the west and the Granite Belt in the south.

The State’s best-known wine growing region, and possibly the best, is the Granite Belt. The Granite Belt, with altitudes of 700 to 1250 metres above sea level, is a cool climate region and has a similar temperature range to central Victoria. An unknown fact for many not familiar with the local area. This Granite Belt experiences unique growing and ripening conditions, unlike elsewhere in Australia. The combination of cool weather and decomposed granite soils produces outstanding wines, many of which are also award winning wines.

So, at which wineries can you find these stellar wines? Here are just a few of the top award winning wineries in the Granite Belt to add to your must-visit list.

Ballandean Estate Wines is the oldest winery in the Granite Belt. Considering that they also took out all of the awards at Queensland Wine’s 2015 and 2016 awards night, they are also one of the best. They won the 2015 awards for Viticulturist, Winemaker, Cellar Door and Winery of the Year.

These guys clearly have their secret formula for success nailed down. The family owned and operated winery has been producing wine from these very vineyards since 1932.

Ballandean Estate blends the history of their four generations with modern winemaking methods that result in a remarkable wine experience. With one of the best cellar door experiences in Queensland, this winery is making a name for its alternative varietals, as well as its dry whites and premium reds using grapes from two vineyards in Ballandean.

On top of the numerous Queensland Wine awards, Ballandean has also be awarded many others and has been listed by leading wine expert James Halliday as one of Australia’s Ten Dark Horses of the Wine Industry.

Verdelho fan? Robert Channon’s your man. James Halliday once called these verdelhos the best he’s ever tasted, but the wine is just the start of it. Robert Channon produces fine Verdelho, Chardonnay, Pinot Gris, Pinot Noir, Shiraz and Cabernet Sauvignon.

Their wine is made at our winery from grapes grown in our cool climate vineyards at an elevation of about 950 metres, and are particularly known for their Verdelho and Chardonnay for good reason.

Their first 3 vintages of Verdelho won the Trophy for Queensland’s Best White Wine. Since then they have regularly won gold medals. They are also one of the few small wineries in Australia to have won a national trophy at a national show for a champion wine. This is effectively a ‘Best in Australia’ award.

Another Granite Belt ‘MVP’, Symphony Hill is a James Halliday mainstay and picking up plenty of other awards along the way. Symphony Hill is the only Queensland winery to win gold medals at the Royal Sydney and Royal Melbourne Wine Shows.

Symphony Hill Wines is a group of family and friends bonded together on the quest to make world class wines and to never stop learning. Their vineyard is the highest in the region allowing their flagship wine, Reserve Shiraz, to produce a style of wine that is unique in Australia and totally different to Shiraz grown at lower altitudes. Their signature Reserve Shiraz is even fit for royalty: it was served to Wills and Kate when the couple came to Brisbane in 2014.

Clovely Estate is a family-owned business born out of a love of wine and a family agricultural history in the region. They have always been prepared to experiment with ancient and innovative winemaking techniques and became a James Halliday 5-star winery in 2015, giving them official recognition to what their loyal customers already knew.

Unlike the previous wineries we’ve listed here, Clovely Estate has a cellar door in Red Hill. They literally bring the South Burnett to the city.

In less than 20 years, Clovely Estate has become one of Australia’s leading boutique wineries. Recent Queensland Wine Awards include gold for their 2013 Semillon, silver for their  2010 and 2014 Semillons, and bronze for their 2013 Petit Verdot and 2013 Fortified Grenache.

The last award-winning Granite Belt winery we’ll mention here is a Golden Grove Estate. The first vines were planted in 1975 and were followed in recent years by other classic varieties. As the wine industry emerged they begun planting classic wine grape varieties for the making of commercial wine.

This wine is something that many have come to love and again have received lots of awards for.

They also took home a bag of awards at the 2016 Queensland Wine Awards, including silver for their 2014 Chardonnay, 2014 Durif, 2014  Mouverdre, 2016 Joven Tempranillo, NV Marnita Muscat and bronze for their 2016 Sauvignon Blanc, 2016 Vermentino, 2016 Accommodation Creek Semillon Sauvignon Blanc, and 2016 Muscadean.

A smaller region, but one we love taking guests on the outskirts of Brisbane and the Scenic Rim.

The Scenic Rim wine growing area lies in the eroded interior of an ancient shield volcano. The Scenic Rim is one of the fastest growing wine tourism regions in Queensland, and its rich volcanic soils are producing premium wines which are making their mark on regional and national wine shows.

The region saw a resurgence in 1984 with the planting of Ironbark Ridge Winery. Since then another dozen or so vineyards have been planted, all boutique in size and unique in character. Being so close to Brisbane but removed from the coastal humidity and rainfall, the Scenic Rim wine region is in a great position to develop a thriving wine market.

There is one winery here, Sirromet Wines that really stands out. Opening in 2000, Sirromet is one of the largest wine producers in Queensland. They grow grapes in Redlands (Mt Cotton), just out of Brisbane and in the Granite Belt. Sirromet produces a wide selection of varieties, including Cabernet Sauvignon, Merlot, Tempranillo, Nebbiolo,  Shiraz, Petit Verdot, Chambourcin, Viognier, Chardonnay, Sauvignon Blanc, Semillon, Pinot Gris, and Verdelho.

They have collected over 880 prestigious national and international wine awards since opening in 2000.

Recent Queensland Wine Awards include gold for their 2016 Vineyard Selection Verdelho and silver for their 2014 Le Sauvage Chardonnay.

These are just some award winning Queensland wines. There are some great drops out there and it is also a key element we wanted to showcase to guests as part of our Ultimate Delectable Experience.

If enjoying award winning wine is a priority in your life, you will definitely love The Ultimate Delectable Experience